and why they matter...

You walk into the office, switch on your computer, hang your coat and put some snacks you brought from home in your drawer. You enter your username and password to logon and head for the coffee machine where you find your colleagues discussing last night’s tv-shows and the weather.
After you poured yourself a second cup, you walk back to your computer, just in time to see it finishing the logon procedure. Perfect timing…
For some of us this is a memory from a few years ago, for others this quite accurately describes the current daily routine.

As an IT-administrator you want to create a personal workspace for your users while keeping some sort of standard to reduce maintenance effort and costs. That’s a tough job. All applications, settings, shortcuts, filetypes, network drives and printers need to be ready for use, right after the user has signed in. As long as users are mostly working on the same computers this will not take too much time. But with the popular ‘non-persistent VDI’ mindset it’s very easy to relapse into a lengthy logon process that tries to reinvent the wheel at each logon.

In a Scense managed IT-environment, administrators can take the weight off the logon process and embrace the just-in-time approach to performing the tasks necessary for the users to do their jobs. Scense Live Profiles fits this approach perfectly because it will split-up the user’s profile into smaller pieces that are easier to handle. At logon, only a fraction of the user profile will be loaded from the server and the rest will come later, just-in-time.

If you’re waiting for your computer to process your login for 2 minutes per day, it easily adds up to roughly 1 working day per year. And that’s just one person…

In a company with about 400 employees there’s the equivalent of at least one person that does absolutely nothing during an entire year.

Waiting for your computer costs money.

Minutes waiting for logon per user per year

So, what are acceptable logon times?

Logon times might be considered acceptable as long as users are not annoyed by them. This is, however, not an easy thing to measure as it varies from person to person. There seems to be some consensus on the internet about a 30-second rule where a logon, completed in under 30 seconds is considered ok and anything over is problematic. While this might be an acceptable guide-line it is also quite arbitrary. Why not 20 seconds?

It is our belief that the vast majority (over 80%) of users should see logon times less than 20 seconds. In our experience this is a feasible number using Scense.

What is ‘the logon time’ and when do we start counting?

In general, the logon time is considered the time between entering the credentials and the availability of the desktop.

As an administrator you will have influence on some, but not all, things that happen during the logon. There are always the financial trade-offs (yes, the virtual desktops will be faster with an extra core and more memory, but then we can run less virtual workstations on the same hardware), but most of the time we can do a lot to optimize the logon process, like e.g. making sure that:

How can Scense help?

The Scense Runtime System includes a smart dynamic logon process. During logon, tasks are assembled and ordered based on the user’s group-membership, location, etc. This means that each user gets a personal logon process that will only perform the tasks necessary for that particular user.

The administrator can streamline tasks even more by making them asynchronous or removing them from the logon-event and placing them in the ‘Delayed’ event or at the start of an application.

Not all tasks have to be run all the time. With cleverly constructed scopes and criteria you can make sure that every second is well spent during logon.

People are increasingly impatient, and waiting is a waste of time. If we have to wait, even if it’s only for a few seconds, we turn our attention to something else, like a news article or a funny cat movie or the next level of our favorite game. When the thing we were waiting for finally arrives we can continue, but we first must know what happens to the cat…

Some of us might claim that this does not affect work productivity because we’re good at multi-tasking.

Neuroscientists know for some time that the human brain does not actually do tasks simultaneously. Much like a computer, it has to stop a process, switch context and start the next process. But unlike most modern computers, we humans have only 1 core without hyper-threading. Some scientists believe that when the human brain tries to multi-task, it doubles the time it takes to do a task while doubling the number of mistakes, and over time it will be increasingly hard to focus deeply on a single task.

With this in mind, it seems very important to reduce waiting to a bare minimum, not only the logon times but any waiting involved in computer usage throughout the working day, like e.g. starting applications and opening documents. Because distraction is the enemy of productivity.

Organizing, optimizing and simplifying your desktop environment with Scense:
Request a Demo 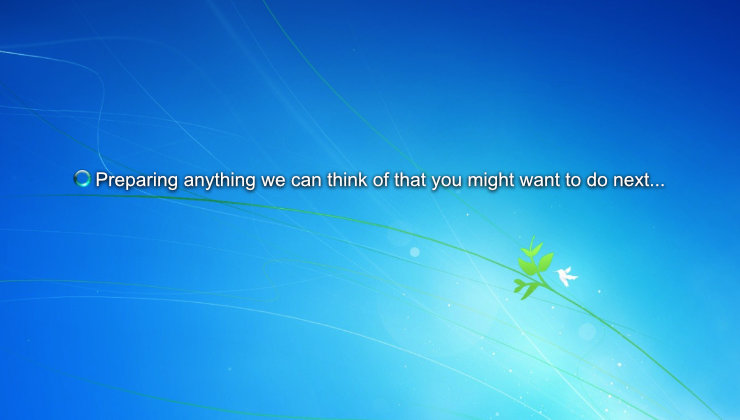