It’s all about the apps! 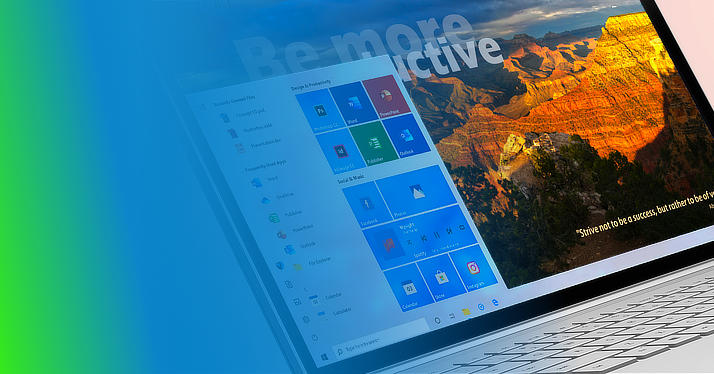 I was sitting with the family a few nights ago and happened to look up to see a host of faces that were lit by bright light!

Now I know I am not the only one to have noticed this phenomenon, but it got me thinking in terms of today’s norm – in this case everyone was accessing the things they needed / wanted from the comfort of their living room.

I did a quick poll and discovered the apps being accessed were.

Everyone had easy, unfettered access to the application they wanted, it was that simple.

In today’s merged worlds of social and business apps, users of IT whether in education, healthcare, business, and beyond are ultimately using applications to accomplish their daily tasks. The range of ability across all users within sectors will vary from power users who are very comfortable and competent using IT and apps, through to users who are hesitant about IT and the seemingly constant change. Towards the more skilled end of the spectrum will be people who are always looking for the next great application, and others who like to stick with the apps they know towards the opposite end of the spectrum. Everyone would place themselves somewhere on this spectrum when it comes to using applications to get things done.

This can make it challenging for IT departments who need to cater for the full spread of user ability and requests. While they are also dealing with other IT tasks such as keeping systems running optimally, dealing with software upgrades and licensing, managing the use of cloud services plus allowing BYOD mobiles, tablets, and PC’s to be used on education and corporate networks.

Delivering in a Complex and Changing Environment

Consolidation is accelerating across all sectors. For example, education colleges merging to form city-wide and regional campuses. Or healthcare providers coming together to deliver specialist treatment center efficiencies in a region. Not forgetting the perennial mergers and takeovers that occur in industry. It may be a cliché, but it’s certainly true: change is the only constant.

Scalda College in The Netherlands was formed from the merger of two existing vocational education institutes. This created the perfect storm for their IT teams and the staff and students within both organizations. They had to merge the IT systems while delivering continuity of service and also accommodating the use of student’s own devices on the network in a secure and software license legal way. They were able to deliver on all these challenges largely because both institutions had already adopted Appixoft Scense.

Scalda College Used Scense to Simplify IT Consolidation and Delivery

The Westerschelde and Zeeland educational institutes that merged to form Scalda College had independently adopted Scense as their solution to manage student workspaces. Early success led to Scense also being employed to replace the management tools used for all PC’s as it was easier for IT teams to use. With software licensing both institutes were able to allocate software licenses to students based on their current need and geographic location. Thus, students only got to run an application, and consume a license, when they were in school or if they needed access for coursework elsewhere, including on their PC at home.

When it was decided that the two institutes would merge to form Scalda College, the fact that both had Scense in place made the process much simpler for all concerned. The process involved identifying which applications from each institute would be retained and which discontinued. Scense then did all the configuration needed to facilitate this. Thereby saving both time and funds.

Scense Can Deliver for Your Organization

Whether you are delivering applications to users in business, healthcare, industry, or education, Scense will allow you to provide them easily, and make your users happier and more productive.

At the same time, your IT teams will be freed up to work on more interesting projects that can help drive your organization forward. Contact us today to find out more.