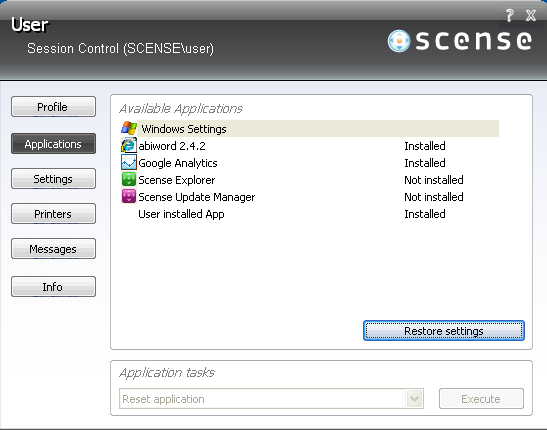 With the release of Scense 8 we extend the workspace as we know today to a personalized and customized one with ubiquitous access. Universal access to IT resources, location services, a context-aware user experience, live profiles and dynamic printer management all ensure a high level of freedom and personalization for the user, while leaving control firmly in the hands of the IT department.

Scense 8 has been the result of loyalty to our initial, user-centric vision of IT in combination with feedback from our customers and partners. Next to some major changes to the Scense architectural design, we implemented lots of features to increase the ease of use of our solution.  As always, a two day training should be sufficient to use Scense to its full extend and start facilitating your end users the way they expect today.

Other product improvements and bugfixes